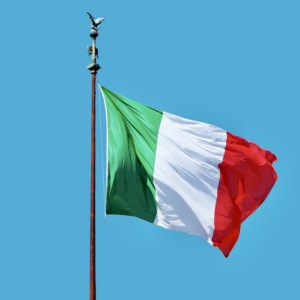 There are two main requirements when applying for an Italian elective residence visa (ERV). Firstly, the availability of a dwelling, which an applicant has elected as their residence in Italy. This can either be an applicant’s own Italian property or a rental property with a tenancy agreement.

Secondly, by law, an applicant must have a financial flow corresponding to approximately Euro 31,000 per annum. The law further requires that finances be ample and autonomous financial resources. These finances should continue into the future – for the duration of the applicant’s residence in Italy.

An Italian consulate in the applicant’s home country is responsible for evaluating the above criteria. While the consulate’s decision is discretionary, the evaluation cannot be arbitrary.

In other words, a consulate cannot refuse to grant an ERV in the absence of valid reasons to do so. Furthermore, an applicant must be able to understand the logic behind the decision-making process of the relevant authority.

An applicant can challenge a consulate’s refusal to grant an ERV in court.

Every year, a number of ERV applicants receive ERV refusals. Here, we examine two such cases and discuss Judgment no. 1396 of 5th December 2018.

The ERV applicants in both of these cases lodged appeals for the refusal of an ERV against the Italian Consulate General in New York. The cases took place at the Administrative Court of Lazio.

In the first case, no. 6421, the applicants had applied for an ERV with the intention of permanently establishing their residence in Turin.

The consulate refused the application on the grounds that the applicants did not meet the income requirement set by Italian law for an ERV.

In this case, the applicants had an annual rental income corresponding to USD80,000.00 deriving from a property in Brooklyn. They also had additional annual income corresponding to USD60,000.00. The applicants received this income on a monthly basis from an insurance company. Their financial resources clearly exceeded the amount set by Italian law.

When they refused to grant an ERV, the consulate generically referred to the value of assets being subject to market fluctuations. They neither specifically analysed the sources of income nor did they explain their reasoning for refusing an ERV. The consulate simply said that the declared incomes appeared to be steady and continuous over time but they considered them insufficient to counterbalance the possible fluctuations of their value.

For this reason and in light of the documentation provided by the applicants, the Administrative Court ordered the consulate to review its decision.

Case 2: The court confirmed the consulate’s decision to deny an ERV

In the second case, no. 1396, the consulate also refused an ERV. In her application to the Italian consulate in New York, the applicant had declared starting a professional activity as a consultant in 1999. She maintained that she therefore had sufficient savings to fund her lifestyle without needing to work.

After having her application for an ERV rejected three times, the applicant decided to challenge the decision. She based her case on a lack of due diligence and arbitrary decision-making.

The Italian consulate in New York made the following statement regarding their ERV refusal:

“The information you provided on the automatic withdrawal from your investment account shows that the amount paid into your checking account, generates a yearly income of USD 36,000 (approx. Euro 32,000). This barely meets the minimum required amount of Euro 31,000 per annum, as set forth by Italian law, for the issuance of an ERV, especially considering that these funds are subject to fluctuations in Euro/USD exchange rates.

Also, your financial assets – although substantial – are mostly invested in stock funds and investments that, by definition, fluctuate significantly with the financial markets and demonstrate a high level of volatility. Therefore, your funds do not correspond to the documented and detailed guarantee of substantial and stable private income, which must be of a regular nature and reasonably certain in the future, as the law requires”.

Three main elements formed the basis of the consulate’s refusal of an ERV in this case.

Thirdly, as the applicant’s financial resources were mostly invested in stocks, they were subject to foreign exchange rate fluctuations.

The Administrative Court in Lazio refused the applicant’s appeal. The court judged that the consulate’s refusal to issue an ERV did not appear to be unreasonable.

According to Italian case law, a bank account, unless extremely significant, does not constitute evidence of ample financial resources with future continuity

The court in this case, therefore, upheld the consulate’s refusal of an ERV. The applicant’s assets, although significant, did not generate sufficient income to warrant the issuance of an ERV. The court also concurred with the consulate regarding the volatility of stock markets and foreign exchange risks.

You may also be interested in Elective residence Visa Italy: general information