Living in a cross-cultural relationship? 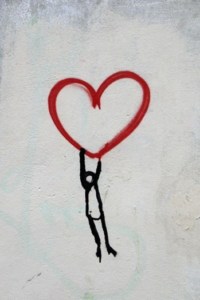 Italian Divorce Law is one of the frequent questions our clients address to our law firm. Many of them are part of a cross-cultural relationship and for the most part it is an enriching and beautiful experience but, it can also be difficult to manage if the relationship flounders.

When it comes to separation and divorce, it is wise to speak to experts, both for emotional and legal support. Regrettably, international separations and divorces are becoming more common.

Obviously, people don’t enter in to married life thinking about where the best location for a divorce would be. However, where couples choose to divorce can have a major impact on parties’ financial health, children and many other matters so, getting it right is very important. Delays in decision-making can result in devastating outcomes.

In May, 2015 Italy introduced the so-called, ‘quickie divorce’ law, which cut the amount of time it takes to get a divorce from three years to as little as six months in uncontested cases and a year in contested cases.

While the new law still retains a two-step process – separation and divorce – there are three important changes:

The EU Divorce Law Pact or, Rome III Regulation, aims at implementing enhanced cooperation in the area of the law applicable to divorce and legal separation.  Essentially, EU divorce law allows expat couples in Italy – and mixed marriage couples, where one partner is Italian and the other not – to choose either the divorce laws of Italy, or the laws of the country where the couple previously lived or the country of their nationality. The decision of which country law will apply, needs to be made before divorce proceedings begin.

15 countries including Italy adopted the Rome III Regulation. If a couple does not stipulate an applicable country law, divorce procedures will be governed by Italian courts and legislation when a couple is ordinarily considered to be resident in Italy or, where one partner is resident in Italy and starts proceedings here. However, if the one of the partners, for example, returns to England for six months or more and starts proceedings there before Italian proceedings begin, English courts and the law of England and Wales will govern the divorce.

Another aspect to consider in the choice of divorce law is matrimonial regimes. For example, English courts often split assets owned by a couple 50/50, whereas Italian courts look more closely at what belongs to whom. This is because when they get married, couples in Italy may choose between a matrimonial regime of shared ownership, comunione dei beni or separate ownership separazione dei beni of their worldly goods in the event of divorce or death.

Unless otherwise stipulated in an agreement, which can either be made at the start of a marriage or at any time during a marriage, comunione dei beni is regarded as the default matrimonial regime. Expat couples married elsewhere but resident in Italy are regarded as being married according to this regime. In the comunione dei beni regime, property acquired by the couple during their marriage, whether individually or together, forms part of the couples’ shared ownership. In the event of a divorce, these assets will be split 50/50.

However, there are exceptions. For example, property acquired by a partner prior to the marriage, or property acquired after the marriage as a gift or an inheritance, would not be split in the case of a divorce. The choice of matrimonial regimes can therefore have an important impact on choice of applicable law in the event of separation and divorce.

Consider the case of an English couple who married in London 12 years ago. Since then, the wife has inherited a significant sum of money as well as a house in Italy from her parents. 4 years ago, the husband persuaded the wife that they should move to Italy to live in the wife’s inherited property. Then, after 12 months, the husband moved back to the UK where he issued divorce proceedings. The English court gave the husband 50% of all the couples’ assets. The Italian courts would have treated the inherited assets as belonging solely to the wife.

Each case is different. We recognise that so many issues need to be taken into account and decisions need to be made at what is a very stressful time. Which applicable law to choose requires careful consideration. An experienced lawyer familiar with cross-border divorce law and the complexities which make these divorces so difficult will be able to guide you. If you need assistance, please don’t hesitate to contact us. We are here to help.