In Italy, children have the right to a personal relationship with both parents

It is important to understand parental rights in Italy for those living or moving to the country. That way, if you have children, you can be in the best position to make decisions for the future.

All EU countries recognise that children have the right to a personal relationship and direct contact with both parents. This also applies if the parents live in different countries.

What about parental rights in Italy in the event of divorce or separation?

It is important to determine whether the children will live exclusively with one parent or alternate between parents.

If both parents live in Italy but are unable to reach an agreement, you may have to take the matter to court. A judge will then decide on living arrangements and parental rights. The court’s decision will consider the child’s best interests and determine your custody rights. It will also decide where the child resides.

In situations involving more than one country where, for example the parents live in different countries, the courts responsible for handling cases of parental rights are those in the country where the child is habitually resident. You can agree with your spouse that the court ruling on your divorce should also rule on parental rights.

1. Exclusive custody – one parent has sole custody and makes all day-to-day parenting decisions. The other parent has limited responsibilities.

2. Joint custody – gives both parents equal parental responsibilities and custody. However, in the interests of the child or children, they are likely to live predominately with one parent. In theory, this approach is the best for a child as they have access to both parents.

3. Alternating custody – means both parents can exercise their parental responsibilities within predetermined custodial time periods given. (This form of custody is rare).

Cases where the judge grants exclusive custody to one of the parents have become rare in Italy. Sole custody would require proof that it would be in the best interests of the child.  However, even in cases of sole custody, both parents will need to consult on major decisions relating to the child. Moreover, in cases where joint custody is applicable to disputing parents, visiting arrangements and a timetable will be established. Similar to exclusive custody cases, these arrangements give the parent that does not reside with the child or children limited access rights.

in order to determine parental rights in Italy, married or registered couples, will have been legally separated for six months and must have filed for divorce. They will need to go to court regarding both their divorce settlement and arrangements for their child or children. Following divorce, the child will live according to care arrangements determined by the court.

In the case of unmarried couples, or estranged married couples, there is no requirement to go to court. Parents can simply agree between themselves on parental responsibilities and living arrangements. However, we strongly recommend seeking legal advice to formalise and record arrangements. Within the EU, a married father has the same rights as the mother. Where a couple cannot agree arrangements between themselves, the court in the child’s country of habitual residence determines parental rights and responsibilities.

In theory, both parents have equal parental rights and responsibilities for their child or children. In practice, however, where there is no legitimate reason otherwise, the mother’s home is more likely to be the main residence of the child.

On the subject of same-sex couples, a 2013 Italian Supreme Court decision (601) granted sole custody of a child from an earlier marriage to a mother living with another woman. The court declared that, “there is no scientific certainty proving that a minor cannot grow up in a balanced way within a same sex couple”.

The Italian law has always stipulated that a couple must be married in order to adopt a child. Italian law 184/1983 governs adoption and foster care. The law, in principle, only permits married couples, who must be of the opposite sex, to adopt. According to the law, there are no restrictions on foster care. In a limited number of situations, the law provides for adoption in certain cases by a single person. In addition, some courts have interpreted this to include the possibility of unmarried couples adopting a stepchild.

From an inheritance point of view, no distinction is made between legitimate, natural and adopted children – all have equal rights.

If you would like to discuss your personal situation, you can reach us here for a free consultation.

You may also be interested in Italian divorce law and EU regulations. 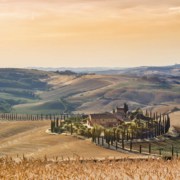 Property buying in Italy Can Be A Nightmare 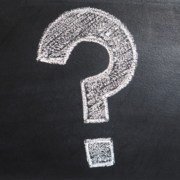 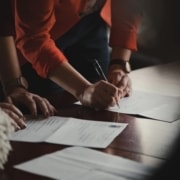 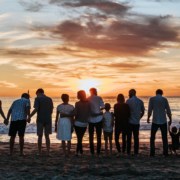 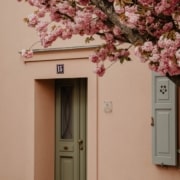 Before buying a property in Italy. What should you know? 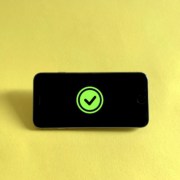